How Big Is The Universe? 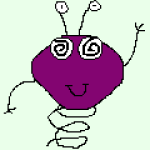 The Universe is an incredibly enormous place that, to this day, we are unable to figure out where it stops, if it does indeed end. There are multiple theories, but the most popular one is that, after the big bang, the Universe kept expanding and is still expanding at a fast rate, meaning that the end of the Universe is always getting further away. Forever expanding.

In 1823 a German astronomer, Heinrich Olbers looked up at the night sky and wondered how big the Universe was. This is when he thought to himself if the Universe is infinite, why doesn’t the night sky shine with infinite stars. This was how the finite Universe theory was proposed, and the argument they put forward.

The exploration of the Universe, and its size all began around the 16th century, when Copernicus, Kepler and Galileo challenged the prevailing belief that everything orbited around the Earth. They discovered that Earth was merely another planet and, apart from the life it holds, was not that much different to any other planets.

After that, in 1838, Friedrich Bessel became the first person to use the parallax method to measure how far away something is, measuring the distance between Earth and 61 Cygni, he discovered that the distance was over 10 light-years or about 100 trillion kilometres. Following this discovery, Harlow Shapley and Heber Curtis debated whether the distant nebulae were just small clouds on the outskirts of our galaxy or entirely different galaxies.

It was later proven by Edwin Hubble that Heber Curtis was correct, in that these ‘clouds’ were actually entirely separate galaxies. He proved Curtis right by first proving that the Andromeda galaxy was outside the milky way by about 2.5 million light-years.

Currently, we have widened our range and are now able to capture photographs of galaxies that we would never have dreamed of being able to see before. For example, GN-z11 is the furthest galaxy that we were able to take a photo of, in fact, the light shown in the image is 13.4 billion years old, while the Universe is about 13.8 billion years old. This also allows us to make an informed guess as to what the first galaxies that formed looked like.

The Observable and Visible Universe

The Observable Universe surrounds everything, up until a hypothetical object that was there when the big bang occurred. Through calculations and mapping, as well as factoring in the ever-growing Universe, it was concluded that this hypothetical object is approximately 45 billion light-years away.

The Visible Universe is similar, but it works off a theory that for a few thousand years after the big bang went off, the Universe was filled with an ionised plasma that acted as a kind of thick fog that, instead of being transparent, was opaque. It wasn’t until this ‘fog’ cooled and atoms began forming that light was able to pass freely around the Universe, meaning that the Visible Universe is a bit smaller than the Observable Universe.

So, How Big is the Universe

It is, however, possible that the Universe is smaller than we think it is. This could be possible if, for example, we discovered a galaxy that was the exact same as GN-z11 facing the opposite way. What would this mean? If we found two galaxies facing the other way that were the exact same, it would mean that the Universe somehow wraps around itself.

If this were true, our Universe would be much smaller than the 90 billion light-years we suggest it is.

Is there any evidence for this theory?

Well, the oldest thing we are able to trace is the Cosmic Microwave Background (CMB), which has been echoing throughout the Universe since the Big Bang. Using the CMB, we are able to track the temperature of the entire Universe, across its 13.8 billion years of existence.

380 000 years after the big bang, using the CMB to measure the temperature you should be able to tell if the light was able to travel there in time as if any two spots are more than 2 degrees different, light didn’t have enough time to get there. Using this information, we are able to conclude that if anything repeats, and is more than 2 degrees different, it implies that the Universe is somehow wrapping around itself. It has, however, recently been proven that the CMB shows no repeating signatures, meaning that this theory isn’t correct, but it has shown that the Universe may not be as big as we thought it was.

No matter what, the Universe is still an incredibly large amount of space that takes billions of years for light, the fastest thing we know, to travel around it. We are currently unable to tell precisely how big our Universe is, but by utilising maths and galaxies such as GN-z11 we are able to give a rough estimate of the minimum size of the Universe, and how it may have a diameter of 90 billion light-years.

Neither the Observable Universe nor the Visible Universe theories have been disproven, but that doesn’t mean they are the only possibility. There are still countless theories to be discovered that may help us to figure out the size of the Universe. Which theory do you believe?