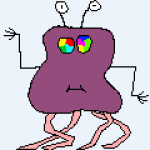 Incredible video footage has emerged from official NASA archives of UFOs near the moon during the Apollo 11 missions.

Even as the debate of whether UFOs exist gains momentum, with prominent military officers, space officials and insiders beginning to speak out, several videos and articles have emerged potentially corroborating this explosive and amazing testimony.

Offical NASA Apollo mission videos have been shown to contain some very interesting background anomalies including UFOs near the moon.

Still contentious, and difficult to prove, UFO proponents believe that recent astronauts’ comments, mission photos and videos processed by NASA provide evidence of something near and around the Apollo astronauts that has been covered up.

Videos have over the years thronged the internet in an attempt to prove the existence of UFOs. A 16mm DAC footage from the Apollo 11 mission reveals unidentified objects near the moon.

The mission was launched on July 16, 1969, with Commander Neil Armstrong who took those famous first steps.

UFOs Near The Moon

Another 16mm DAC archived footage revealed more unidentified objects in the Apollo 12 mission which was the second successful human landing on the moon.

The Apollo 12 mission was under the leadership of Commander Pete Conrad and was only four months after the initial moon landing.

A 16mm DAC footage of the Apollo 9 mission also shows UFOs’ existence in the earth’s orbit. This was an earth-orbiting mission meant to test the lunar module of Apollo for the first time. The astronauts did not land on the moon since the main aim was to ascertain if the spacecraft worked well in the earth’s orbit and in preparation for future missions.

The Apollo 9 mission and UFOs Near Earth

Three NASA astronauts conducted the Apollo 9 mission, and orbited the Earth for 10 days. This mission was a test of the Apollo capsule, in preparation for the upcoming Apollo missions.

The team launched on March 3, 1969, and spent ten days in orbit, during which they traveled over 151 trips around the planet.

The mission ended on March 13, but during their time orbiting the Earth, many photos were taken and later shared with the world.

These images are freely available in the NASA archive and are part of the heritage to the world from the Apollo program.

However, new imaging software and technologies are giving us a fresh perspective upon the images. For example, some of the images show clear signs of cropping, with parts of the image being removed or covered.

Was this simply to fix camera artifacts or was it a form of obfuscation?  Many other NASA images have been left untouched, showing artifacts, lens flare and other issues.

Why were these specific images touched up?

Interestingly, even without knowing what was cropped, the shape and size of the missing sections does provide us with some information.

For example, depth can be observed from the areas missing, the shape of the various areas appears to have some uniformity, and the size of each also suggests some consistency, though it is hard to account for any possible perspective issues.

A closer look at other Apollo photographs and videos reveal shiny, long, and unidentified objects in the background that have never been addressed or explained by NASA.

In fact NASA’s silence has been used to speak volumes by many of the UFO societies and proponents.

NASA has recently decided to concentrate on the moon and aims to set up a permanent base in 2024. This may shed more light on these mysterious and the objects which have kept showing up in almost all of the background of NASA missions.

The organization announced that it aims to set up a lunar colony to be used as a checkpoint between Earth and Mars, allowing astronauts to study the moon more keenly so that by 2028, lunar exploration would be sustainable .