Tips For Buying Your First Telescope for Astrophotography 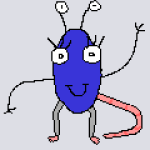 Gazing up at the night skies on a clear night is something humans have been doing since the dawn of time.

No longer do we pay homage to the gods in the skies, instead we have begun taking fantastic photos of those burning balls of gas.

Astrophotography is a fast growing, popular pursuit all around the world; it’s fun and it’s becoming super trendy.

Unfortunately it can also be very expensive, buying all the equipment, the telescope, the mount, the lens, accessories, the camera, the software for processing the images and on and on, especially if you don’t make good choices.

The good news is, it doesn’t have to cost much at all to get fantastic astrophotography images of distant objects such as galaxies and nebulae.

There’s just so many types of telescopes, mounts and cameras to choose from and such a vast price range.

Here's some Tips for Buying Your First Telescope for Astrophotography