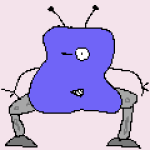 Watch this amazing footage of multiple UFOs on the moon, including one that comes out of a moon tunnel or entrance to join the formation. They display changes in velocity and direction and exhibit all the signs of controlled flight.

Multiple vides of closeup views of the moon have revealed what appear to be moon tunnels and UFO’s on and around the surface of the moon. Stunning views of the lunar surface aside, what else is up there?

Different filters help to clarify the flight paths of the objects and show acceleration and course changes, so they aren’t debris, orbiting satellites, meteorites or other celestial bodies.

We could only come up with three possibilities:

Whatever the answer, there is a degree of obfuscation and keeping the public in the dark. Each scenario implies that the general public is not being told the truth and that an agenda exists to keep it that way.

The moon tunnels also suggest a much greater secret than just UFO’s. It suggests the moon is inhabited to some extent, subterranean bases, cities, and significantly advanced technology. The implications are stunning and far reaching.

Let’s assume it’s not E.T., since we’ve been to the moon, we could easily have returned, it would be a strategic advantage to set up bases there first and is clearly not beyond the capacity of humans, who were able to reach the moon over 50 years ago.

Which nations could have achieved this? There are really only two likely possibilities. The US had a large lead in the space race after reaching the moon in 1969.

Since then they have continued to be the  largest economy on the planet and had the largest black budget, with undisclosed trillions each year spent on military projects. If the desire existed, they may have been able to setup bases on the moon before other nations thought to watch for it.

Launching into space and sending up large amounts of resources would take time, money, planning, people in vast quantities. It would also be exceedingly hard to do it without the other nations becoming aware something was happening.

This brings us to scenario two. Many of the advanced nations of the world were involved, colluding, and helping. If so, it stands to reason that it was US and allies, racing to beat Russia, China and other hostile nations.

It is highly unlikely that any other individual nation was able to achieve this enormous task without the US surveillance systems picking it up, which would have sparked a new arms and space race to the moon.

So let’s assume US and allies, what would this mean for the rest of the world. It would stand to reason that a rival super power, growing to challenge the status quo, would become aware of the situation and look to challenge this dominance.

Thus enter China to the space race, it’s crazy rush in the past few years to get to the moon, to plant its own flag, it’s race for satellite surveillance. Suddenly the Chinese space program, goals and speed of deployment starts to make sense.

China has become aware it is decades behind the US and it’s allies in expanding into our Solar System and controlling space.

Certainly the moon is covered in craters, but there are also lava tubes on the moon which have been well documented and even suggested by some prominent scientists as being potentially very advantageous for creating moon bases in the future.

Maybe, just maybe, it has already happened. Maybe we already used these lava tubes to inhabit the moon, have bases and have much more advanced space going craft than we realized; certainly it appears someone does.

By Bruce Sees all