Why Europa Could Be A Bigger Deal Than We Thought? 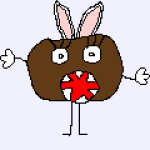 Europa is an incredible sight, it is one of the 79 moons of Jupiter, but has a strange allure for astronomers. There is something mystical about Europa, not least of all because it has an ocean beneath it’s crust that may have more water than all of Earth’s oceans combined…

Most of what we know about Europa comes from the Galileo mission. However, perhaps the most fascinating thing about this amazing moon, is that it could be the most likely place in our Solar System (apart from Earth) for us to look for life.

Discovered by Galileo in January 1610, although his rival Simon Marius tried to claim later he had actually found it and the other three large moons of Jupiter around a month early, it is the brightest moon of Jupiter.

Europa, effectively a small water world is very reflective and covered in a myriad of crossing lines. There are no mountains or craters, which puzzled astronomers for a long time, until they realised it was covered in ice, thus explaining it’s even and reflective surface.

Why Europa has all those lines on it’s surface comes down to its orbit. It gets closer to Jupiter, and massive gravity forces mean the planet heats up, melting and weakening the surface, causing cracks, as it moves further away they freeze again. Over and over again.

This also means that under the surface is an ocean of water far greater than all the water on Earth. The moon is effectively one giant ocean and a varying degree of temperatures where the surface both freezes and thaws in places.

This could mean that Europa is the only other place in our Solar System where water exists in all three states, as a fluid, a solid and as a gas.

Therefore the oceans, water in a liquid state, is the closest environment to Earth’s anywhere else in the known universe.  There is heat energy, oxygen, water, changes in seasons and many of the other things that we believe are essential to the creation of life.

So really, the question isn’t Why Europa, it’s why wouldn’t the scientists be looking to Europa to find life.