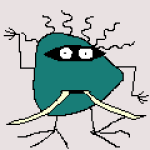 The tell-tale signs of phosphine have been discovered on our closest neighbor, Venus. Previously we had only ever found phosphine on the gas giants Jupiter and Saturn because of their gas chemistry in the atmospheres, and on Earth caused by the presence of organisms that produce it.

Phosphine Proves Life On Venus. It’s a bold statement and one that scientists hope to prove to be true. They are carefully examining the data to try and rule out any other possible explanation, but currently they have two prevailing theories, that it proves the existence of life on Venus, or there is some process occurring naturally that we have never seen on Earth. A new geological process that creates phosphine.

Let’s hope it’s the former and that Phosphine Proves Live On Mars!