10 Ways Humans Can Colonize The Galaxy 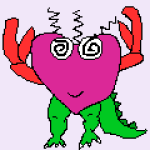 Human beings are a long way from being able to colonize the galaxy currently; despite our best Sci-Fi films and imagination.

However, we are rapidly advancing as a species, our technology is exponentially improving and we are curious, intrepid and motivated. Really the only limits are those we place upon ourselves.

As we await inevitable future research, technologies and advancements, let’s contemplate how we may achieve our dreams of exploring and colonizing the galaxy.

Here are ten ways humans could colonize the galaxy:

We are struggling to confirm if there is life in our own solar system. Could there be organisms or signs of extinct life on Mars? How about the frozen water world of Neptune? Or the vast underground oceans of Enceladus?

Finding hospitable environments throughout the Galaxy is a difficult task, and one no human would want to embark on without some confidence of success. The answer is simple, send advanced robotic scouts ahead first.

One possible technology to power such vessels is using Light Sails which power and increase the speed of the craft continuously using the very light of the stars themselves.

While many may consider it an older technology, nuclear propulsion has many advantages that would allow for continued acceleration when other fuels would have been exhausted.

We could colonize the planet using something like project Daedalus, which came up in the 1970s after Project Orion’s failure. It was a theoretical proposal for how we could explore beyond our solar system and utilized fusion rockets to propel a spacecraft carrying lots of cargo to another system.

The concept of generational ships is one of the most viable ways humans could colonize the galaxy.

The Milky Way is only 100,000 light-years across, and at sub-light speeds, it may take ten million years to establish a presence.

This concept requires the ship to be self-sufficient in every way, it would become it’s own planet with the people living on the inside rather than on the surface.

4. The Empire of Humanity and the Alcubierre Warp Drive

The universe has a universal speed limit that prevents travel and any faster information exchange than the speed of light. The Alcubierre Warp Drive, formulated by Miguel Alcubierre, tries to challenge this. It suggests a ship that forms a warp field separating a piece of spacetime from the rest of spacetime. The ship in the separated spacetime will be stationary, thus upholding the universal speed limit.

The milky way has over 100 billion stars, and if every human on the planet would own one, 90 percent would still be unoccupied. We can choose to colonize the galaxy by a massive explosion of the human population, which might, however, take longer.

Realistically, such a task will take us a very long time simply to grow our population enough to expand and colonize the vast expanse, even without all the considerations of resources, traversing the distances and the time it would take.

It’s a mammoth undertaking that will require a lot more humans. So everyone do your bit!

The Halo Drive, conceived by Dr. David Kipping, suggests gaining acceleration by using a laser and the gravity well of a black hole. The laser gains energy while looping around the black hole and returns the spacecraft’s power, opening the way for an entire travel network throughout the galaxy.

We could explore the galaxy at a distance, and then send out seed ships to terraform, colonize and expand our territory through technology. This is a concept often seen in video games, virtual reality, and sci-fi movies.

Theoretical wormholes may allow for rapid travel between two points in the universe. We could colonize the galaxy by creating a network of wormholes and dealing with the problems that arise through exploring unknown physics.

The basics idea and principles of cryonics seem sound and could be used to conquer the galaxy. Temporary death can allow the accomplishment of long-distance and time travel. The travelers could leave the earth in a vitrified state and get revived upon reaching their destination. Overcoming the vast distances and time constraints of our weak human bodies.

Humans could colonize the galaxy through self-replicating machines that can construct copies of themselves, using the universe’s raw materials, allowing probes to be put in every star system. This is a solution that could outlast our own species, assuming they don’t turn on us and intentionally wipe us out.