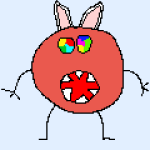 The main photos are focused around the planting of the flag and walking on the moon. Deep in the background is a faint blue UFO on the horizon. When the image is enhanced a solid shape emerges and looks very much like a ship.

Interestingly, a very similar appearance has been documented much more recently, with a UFO near ISS being spotted in the live ISS feed before the camera feed is cut by NASA.

In both instances, a strange blue UFO is seen in the background of images, near two space missions decades apart.

The blue glow and the shape of the object appear to be identical in both instances. The UFO near ISS was spotted in 2019, while the blue UFO in the background of the Apollo 14 mission took place during the world famous moon landing in 1969. If it’s the same UFO then it was present for two space missions, 50 years apart.